As a kid and young adult Joy wrote fairy tales, ghost stories, and plays with surrealistic narratives. In 2008, while professionally adapting books for the stage and directing them, she began writing and directing short and feature films. At this time she also started a production and media company specializing in Yoga. The profits from this company have financed her films.

Her third feature film, Survival of the Holy Fool,  is set in Philadelphia and is about a divided neighborhood that is brought together by an outsider. Joy will be shooting this story fall 2021-spring 2022. 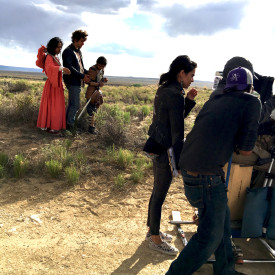