When Skylar, a young cloistered nun, gets word of her sister’s death, questions of doubt permeate through her once solid understanding of self. Infected with rebellion and unable to maintain her commitment to the vows, Skylar is granted eight days outside of the convent to venture out on a pilgrimage of truth and self discovery to the religious town of Chimayo, New Mexico.

On her journey Skylar’s path is crossed by two others seeking purpose and meaning in the sandblasted desert, a gentle runaway teenage boy and a handsome train-hopper, whose presence and friendship challenge Skylar’s uncertain commitment to the cloistered life. The trials the group experiences force Skylar to weigh the different possibilities of what her future could look like, but at what cost?

I AM THAT, an adventure story set under the wide-open skies of New Mexico, is not your average nun story. The world written and created by director Joy Marzec is a magical-realist place that’s layered with complex, quirky characters and plays to the tune of a modern, original soundtrack that nods to the Velvet Underground, the Ramones, and 1950’s love pop. The movie’s unexpected ending speaks to the courage and power it takes to devote oneself to finding the truth.

"Any movie that begins with a nun flogging herself while repeating her various sins, set to a punk rock guitar riff, immediately grabs my attention. Any film that can sustain that style for the entire time it’s on has my respect. Marzec’s debut film (short or feature-length), requires both attention and respect. Attention as a lot of crucial details are told visually, in long sequences without dialogue. On her journey, Skylar has several hallucinatory nightmares that directly relate her vices, that involve fake-looking monsters, crazy lighting, and quick, close-up edits. It is an excellent way to tell the audience how she’s feeling without resorting to needless exposition." 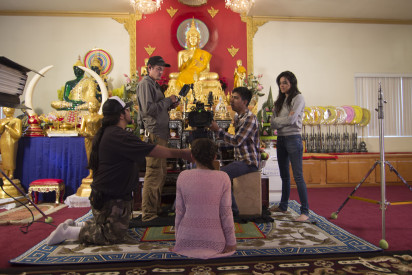 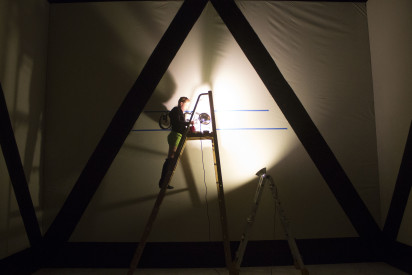